The 2019 July update: KB4507460 of Windows 10 version 1607 and Windows Server 2016 has a known issue where Internet Explorer 11 and applications using JavaScript or the WebBrowser control may fail to run. Logic App Editor in Visual Studio is also affected by this issue since it uses Internet Explorer render engine: mshtml.dll and jscript9.dll to display the webpage in Visual Studio. The provided workaround in KB4507460 does not fix the issue of Logic App Editor as Visual Studio has its private registry keys, this article will show you how to work around this issue by changing Visual Studio private reigstry key. Latest update: Microsoft has fixed this issue in 2019 August cumulative update: KB4512517.

After installing KB4507460 on Windows 10 version 1607 and Windows Server 2016, when you launch the Logic App Editor from Visual Studio Cloud Explorer, it only displays a gray page without loading any content. 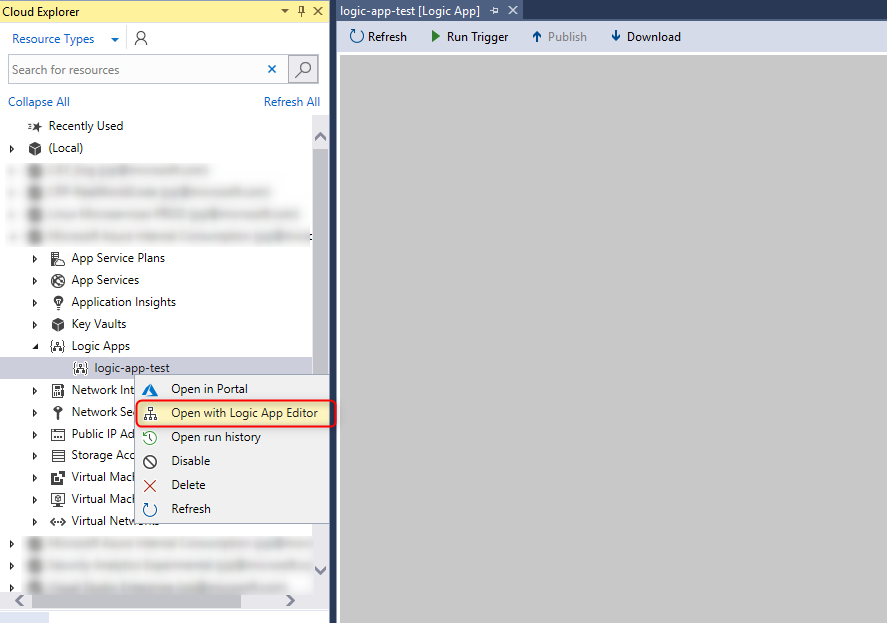 This is a known issue of KB4507460. Microsoft has provided a registry key to work around this issue:

Note: this is just a workaround for this issue, I will update this article once an official fix is available.